After a long absence I decided to reactivate my blog. Lately there have been a lot of things rumbling around in my head that I want to get down on paper…or rather on the web. I’m not sure that anything that goes on in my head is worth sharing, but there is an overwhelming need to get it out. That means that the format of this blog is going to change a bit. Instead of being mostly photographs there will be a mix of my reflections, my rants and raves, and the occasional photograph. So I hope anyone that stumbles on this page will bear with me and maybe through a bit of feedback will let me know if I’m on the right track or not.

Since the last time I wrote I have seen a lot of changes in my life. The most significant is that I have made the decision to retire from my employer. It will be a phased process, and beginning on Monday I will be working four-day weeks. It may not seem like it but that is going to need some significant adjustments. For one thing I want to make sure that I don’t just sit around and do nothing on that extra day off. So now I have to decide whether to get involved with some charitable endeavor, get more active with my hobby of photography, or make myself more useful around the house. Right now just sitting around and doing nothing seems like the best choice.

Another pending changes that my wife and I decided to downsize and move into a smaller home. That involves getting the present house ready to sell, making repairs and updating, and generally making the house appealing to a potential buyer. Just like deciding what to do with my spare time, the choices, at times, are so overwhelming that it’s impossible to do anything. Eventually it will get to the point were doing nothing is not an option, and that time is fast approaching.

So dear reader, I invite you to follow along as these changes occur and I hope that you’ll give comments, criticisms, and sometimes general support. Until next time, enjoy the surprises that pop up in your life. 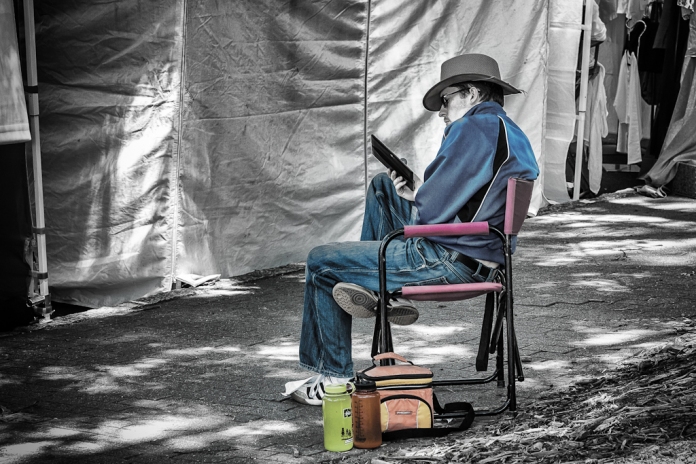 This is another shot from Artsplosure. I started to convert this to a straight black and white shot in Nik Silver Efex Pro, but decided that the colors were too good to throw away. So I added the selective coloring and muted the colors a bit. It has the look of a hand tinted photograph from years ago. I also added a dark vignetting to remove some of the distractions around the outside of the frame.

Spent some time at Artsplosure, an arts festival in Raleigh today. One of the challenges for me in photographing scenes at events like this is dealing with the variable lighting that is present. Many of the scenes are a combination of shadows from booths and tents, and the bright sunlight that you tend to have at the times when there are the best opportunities for photographing street scenes.

For this shot, I bracketed three shots and combined them in Photomatix. I used that tool because of the excellent de-ghosting algorithm they have developed. That was necessary because of the movement of the guitarist’s hands and the people in the background. Even three quick exposures don’t happen fast enough to be completely free of blur. 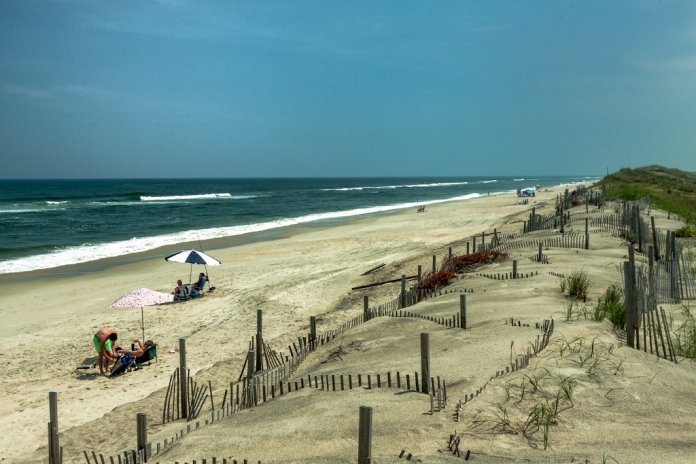 The way the bright colors contrast with the sand and water makes this scene attractive to me. It was a very bright afternoon and this actually turned out better than I thought it would.

I believe this is a variety of coleus, but I’m not positive. When it comes to plants, if there isn’t a placard giving the name I’m completely clueless. Regardless, I thought this was a nice display in the Elizabethan Gardens in Manteo, North Carolina. These gardens are part of the park that includes the theater for the Lost Colony Outdoor Drama, and is also the location of Fort Raleigh, the first attempt at establishing a colony in the New World. 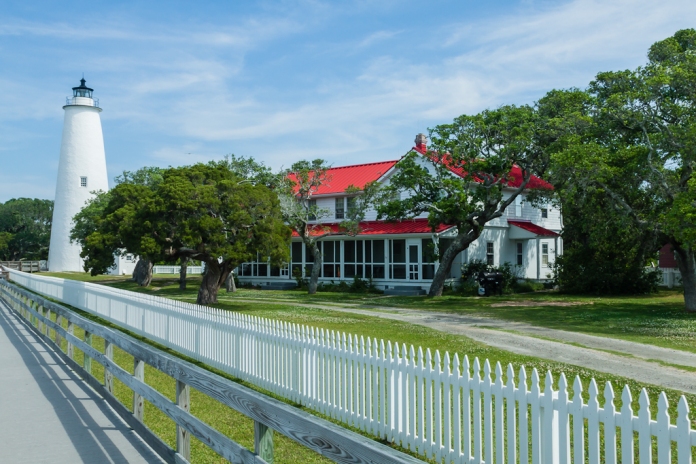 The Ocracoke Light is the smallest of the four lighthouses on the Outer Banks of North Carolina. At 75 feet above sea level, the light is still visible for 14 miles to sea. Small as it is, I think this is actually the most picturesque of the four, especially when the former light-keeper’s home is included in the picture. The home is now privately owned and the Coast Guard has an easement to maintain the lighthouse. 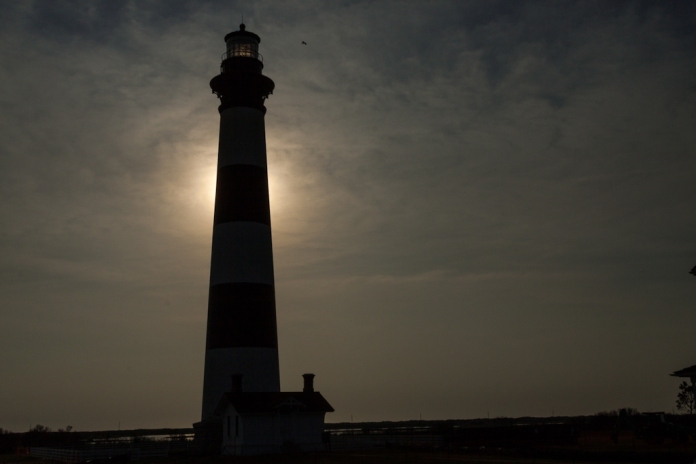 This is the Bodie Island Light on the Outer Banks of North Carolina. I shot this in the early morning, and what you see is a happy accident, because I was getting attacked my mosquitoes the size of hummingbirds. I was so miserable I snapped off a couple of quick shots and headed back to my truck to escape before I was completely drained of blood.

Standard
Through the Rambler's Eyes
Blog at WordPress.com.